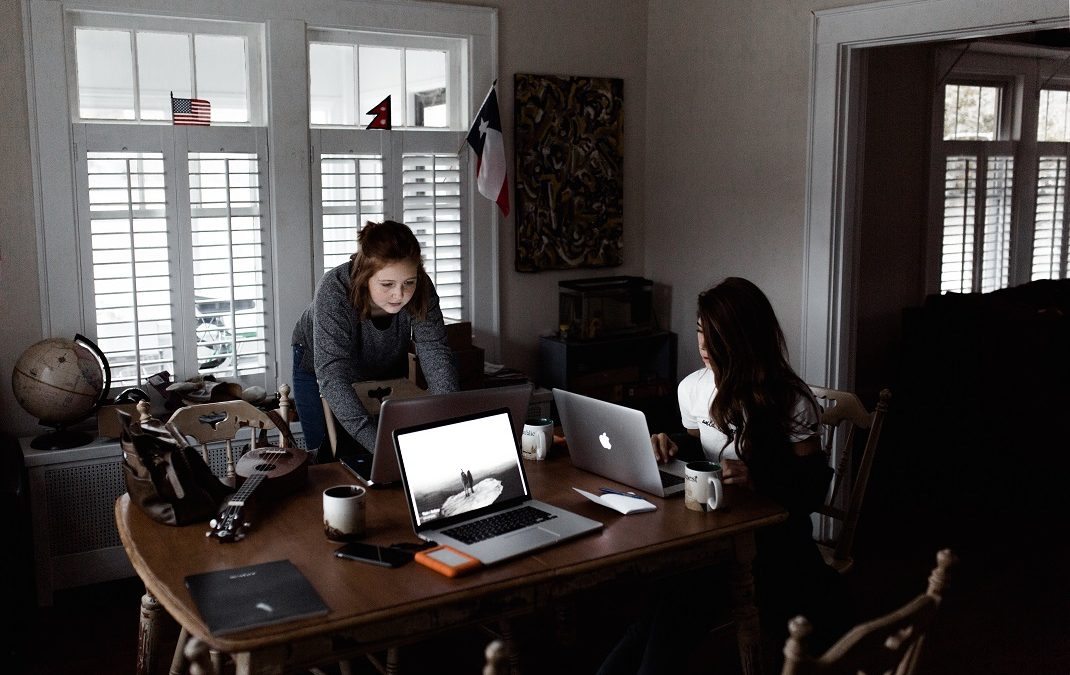 I’m job-hunting. I’m a mother. And I have a home to run. You would think that, after more than half a century of feminism, jobs would come designed to fit working mothers.

So far, almost every position I’ve applied for has been brutally full-time. That’s despite the fact that the magazine writing and editing work I do lends itself beautifully to part-time and flexible hours.

It also lends itself to home-based work, yet, in three months, no role I’ve come across is even partially work-from-home.

Not a single role even mentions the words ‘mother’, ‘kids’ or ‘school holidays’.

A business run by a high-profile feminist spruiks “an office culture of flexibility and fun” but not a word about how it builds the daily duties, unpredictability, profound responsibility and higher priority of mothering into its timetable and practices. I get the distinct feeling that’s because it doesn’t. But hey, it’s “slap bang in the middle” of a popular coffee strip, so that’s what counts, right?

Many spout gumph about ‘diversity’ and ‘equal opportunity’ but do nothing to deliver it to the female half of the potential workpool that has a kid to pick up at 3pm at one school, a high-schooler to collect at another, baseball training and ballet class to fit in, homework to supervise, and dinner to get under way.

One international charity proclaims its “inclusive” workplace and its belief that a “diverse team helps us better serve those most in need.” It encourages Indigenous peoples, people from culturally and linguistically diverse backgrounds (CALM), and people with disabilities to apply.

But one ‘disability’ in particular—motherhood—hits a wall of silence. That any of the ‘diverse applicants’ this organization claims to welcome might almost certainly be ‘handicapped’ by motherhood didn’t seem to occur to them.

Last time I was job-hunting in 2013, I could find companies offering any incentive except mother-shaped hours.

Among their inducements: prize draws, “high-spec offices,” casual dress code, free parking, “fresh seasonal fruit to snack on during the day,” daily free lunch, a break-out area in which to “refresh,” hotel and car hire discounts, and anniversary leave.

One firm offered afternoon naps in a tepee—which, to be honest, a lot of mothers could do with.

Why the taboo on even mentioning motherhood? Why the horror of recognizing the fact that human beings have children, and that women have a lot of work to do taking care of them?

Where is the school hours economy? Loads of white-collar work and some blue-collar work can be scheduled in class time, leaving mothers free to work reduced hours, or not at all, in school holidays.

The answer to these questions is, “Because, feminism.”

Since the 1980s, feminists have been pretending to their employers that the ‘women’s work’ of raising kids and running homes doesn’t exist.

This self-rejection isn’t the mark of ‘strong’ women. It is the wholesale incompetence of weak women.

No more. No longer should we mothers oblige the workplace by agreeing that we are low-lifes who do not deserve jobs on anything other than man-identical terms.

Our unpaid work is fundamental. As mothers, we contribute far more hours than any man or woman with a paid job, hours that are often more demanding than paid work, performing society’s most primary task of caring for growing human beings.

We call on employers to incorporate us in the workplace on terms as ‘equally’ manageable to us as a 9-to-5, 48-weeks-per-year timetable is to a man with a 24/7 wife at home.

Not all employers can tailor jobs around child care and home-running, sure.

But where they can, it would be great to see them do it. A workplace that makes an ‘equal’ effort to incorporate mothers as the important human beings they are is a place of real ‘equal opportunity’.

Do you have war stories to share of workplaces that excluded—or included—mothers? We’d all love to hear them, here in the comments, or at Facebook or Twitter.

Natalie Ritchie is a mother of two teenage boys, and was most recently features editor of Australia’s biggest parenting magazine, CHILD. Her book, Roar Like A Woman: How Feminists Think Women Suck and Men Rock went on sale in June, 2018. Download the free Intro here.

Photo by Andrew Neel on Unsplash