Feminism is a Religion – and Its God is Man 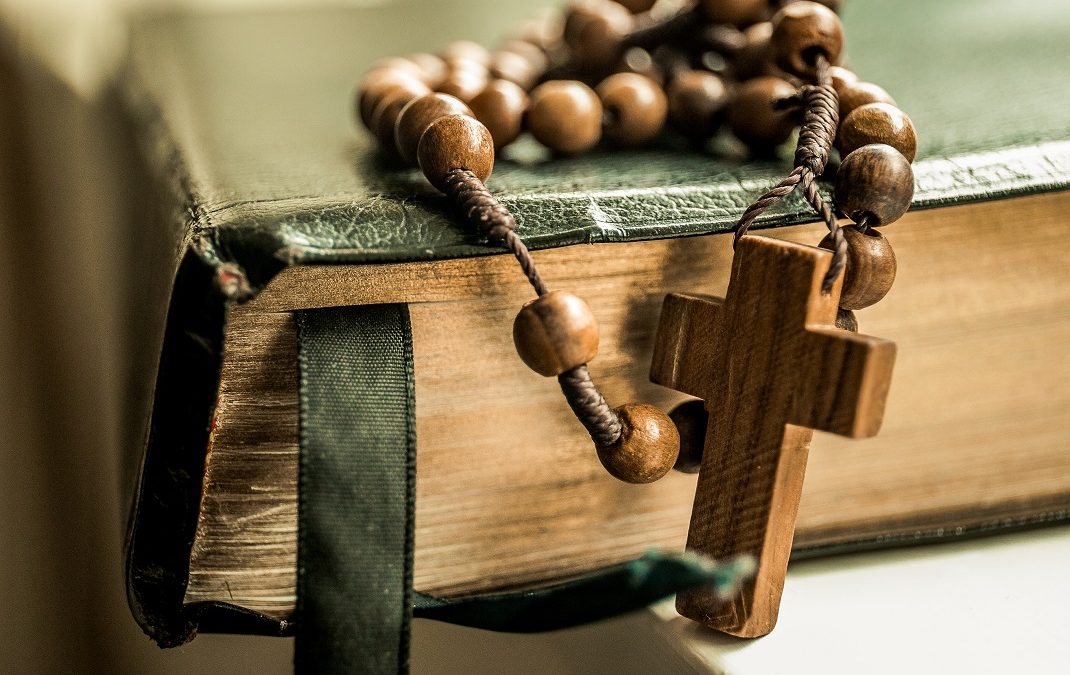 In an eloquent piece last Tuesday, Dr Janice Fiamengo, Professor of English at the University of Ottawa, Canada, made the case that feminism is a religion.

While she is right to identify its god as the “divine feminine,” it is also easy to make the opposite case—that the feminist deity is Man.

How Feminism Got Religion

Back in feminism’s crucible years of the 1960s and ’70s, it made a critical mis-step.

Instead of rejecting the patriarchal oppression that limited Woman to the domestic realm, feminism rejected Woman herself.

In a legitimate rush to unlock access to careers and other rights for women, feminists turned their fervent eyes towards the masculine life. Blinded by his power and glory, they could see nothing but him. The way to access his rights was to be him, they assumed, to choose the same occupations, to claim to feel about work the way he feels, to pretend that the ‘women’s work’ of child care and housework did not exist in a woman’s life beyond whatever place they might have in a man’s life.

Men became the way, the truth and the light.

In this pact with its own Devil, Man, feminism parlayed into a neo-Biblical cult that places Man at the centre, pure, justified, inviolate, and Woman as a spare rib, peripheral and inferior.

And so, under feminism, Woman’s status was headed for a Fall.

No longer was a woman a legitimate human being in her own right. At-home mothers found themselves reviled as ‘unclean’, the term ‘housewife’ became an insult, and simply to be a woman, with feminine desires, responses, priorities—that is, to be something other than a man—was the Original Sin.

All Hail the Career

Because the primary manifestation of a man’s superiority was his career, feminists decided that for a woman to enter his ‘knowing’ state, she too must have a job.

Only through the saving grace of a paying role—preferably a full-time one— can a woman transcend her state of shame and at last take her place alongside a man as his ‘equal’, feminists avowed.

To know herself as a woman, goes the dogma, she must first lose herself in the sacred male rite of Work. That will render her acceptable in the Lord’s sight. Work, as a proxy for masculinity, ‘liberates’ her from a state of darkness. To borrow the warped words above the entrance gates to WWII Jewish concentration camps, “Arbeit macht frei”—work will set you free.

The result has sent women into crippling thralldom to Man.

The average woman today performs her half-share of the immense parenting and domestic load, much or even all of his half-share of that load, and lays a second income reverently at her man-god’s feet, as the self-appointed feminist High Priestesses of the new Man-Church instruct their flock to do.

In return, he is required to do pretty much nothing. Feminism’s term for this staggeringly unequal arrangement, ‘gender equality’, is much more palatable to the female congregation than the ‘obedience’, ‘servitude’ or ‘man-worship’ that it actually is.

So dependent on man-identicality are we women today, that scarcely any of us dares go without a career for long, even with young children. The Workplace, wherein the Man-God dwells, has become a temple. We genuflect before the altar of the office desk, a Moloch to which we sacrifice not only our children but our leisure, our health, our time in nature, our hobbies and causes, our nourishing community connections, our very souls.

Like Islam and some Christian denominations, the feminist faith sees women as ‘impure’ beings who would ‘contaminate’ the hallowed corridors of power at work with their profane mothering and home-running. That is why workplaces remain stubbornly hostile to family-friendly employment, despite the many feminists with the power to craft jobs around their employees’ housework and child care.

A mother who needs to start at 10 a.m. to drop kids to school, or who wants reduced hours in school holidays, or who wants to go home at 4 p.m. to get dinner under way, is treated by the workplace as an apostate.

Work-worship is a Faustian deal. The legendary German Dr. Faust sold his soul to the Devil in return for all knowledge and abundant earthly benefits.

We women may gain the sacred male ‘knowledge’ at work, along with material bounty, but if we are working like a man for our authority as women, we peddle our souls to the Man-God, who is really the Devil in disguise.

That Devil is actually our rejection of our innate worth as independent career-free women—as mothers, home-makers, carers and the uniquely female people who build the bulk of society’s being-, living- and loving-architecture.

It goes without saying that many women do not work only for the negative motive of man-emulation. Many want to or need to work. Women and men share many experiences of work—a sense of purpose, mental or physical satisfaction, mastery, a chance to make a difference to the world, social contact, and, in some families, a role as the primary breadwinner. Work for many women is essential for a sense of satisfaction, meaning, or economic power.

However, work sits in a different place in a woman’s life than in a man’s life. Work is a source of a man’s masculinity, but it is not a source of a woman’s femininity. A career no more has the power to render her a ‘strong woman’ than his career makes a man a strong woman.

Feminism decrees that the ‘right’ place for work to sit in a woman’s life is exactly that place that it sits in a man’s life. Men are the divinely, culturally, biologically ‘right’ people. Women are a mistake, to be corrected through masculinity.

This erroneous feminist belief that our authority as a woman can only be accessed through the all-knowing, all-powerful Divine Masculine is behind such feminist initiatives as the push to get more women into the Holy of Holies, the boardroom; to see more women playing football; and to boost the number of females in STEM.

That women are already working far more than 40 hours per week as mothers and housewives, and so are less willing or able to be board directors; that many women might already be active on a tennis court or on the yoga mat, and have little interest in football; that if women take a paying job at all, many prefer to work as nurses, ballerinas or beauticians—none of these truths make a dent in feminism’s zealous masculinist vision.

In its wholesale worship of the Masculine, feminism has become the very patriarchy it set out to destroy.

Natalie Ritchie is a mother of two teenage boys, and was most recently features editor of Australia’s biggest parenting magazine, CHILD. Her book, Roar Like A Woman: How Feminists Think Women Suck and Men Rock went on sale 5 June, 2018. Download the free Intro here.